Getting to Know the "Big Five" in South Africa

Getting to Know the "Big Five" in South Africa

It's not just another list of the 5 best reasons to take off on a South African safari, at least not exactly, but this is THE reason to explore this beautiful country. The "big five" is actually the name for the 5 most iconic animals one can discover in South Africa: the lion, leopard, African elephant, black rhinoceros, and African buffalo. Renting a motorhome, campervan, truck or 4x4 to discover these beasts in their natural habitat is a once in a life-time experience.

The Origin of the "Big Five":

Although called the "big five" in many local tourist circles, these completely adorable, plush giants actually take this name from the famous Ernest Hemingway. He first coined the term in his book, "The Snows of Kilimanjaro," where he outlined the principle targets of wealthy game hunters at the time. They became the target of hunters not only for the thrill of the chase, but also for the price they fetched in the market.

Lions were particularly prized, as a symbol of power. Luckily today, the practice is greatly reduced, although still not completely eliminated. Unfortunately, the hunting of this sublime species is still supported by poachers and the exorbitant prices they can charge on the black market. It's a problem that still plagues 4 of the "big five" species. 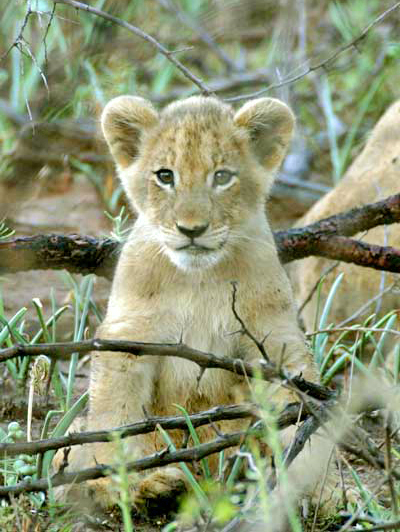 Where Can One Spot the "Big Five"?

They can be found all over South Africa, but mainly in the south-east, where the creation of several national parks and tourist safaries allow visiters to view them in their natural habitat from safe, protected areas. Therefore, it is best to observe them roaming wild in the vast national parks.

- In Hluhluwe-Imfolozi National Park, in the middle of KwaZulu-Natal Province next to Durban, it is possible to see all of the "big five" in one visit by 4wd or motorhome. A large amount of the reserve has paved roads and lends itself to discovering these majestice animals in a well equipped motorhome.

- Closer to the center of the country, just west of the capital of Pretoria, Pilanesberg National Park offers a more wild and less touristic experience, one of the best spots for observing lions as well as others of the "big five".

- Last but not least, Kurger National Park in the north-east is the most famous park housing the "big five", as well as other species. It contains close to 150 different species and spreads out over 350km (a little bigger than the area between New York City and Boston, with elephants and leopards roaming the streets). An unmissable but very touristic park, be sure to avoid South African school vacations to get the most from your trip!

It is worth noting that there are many parks and reserves which house one particular part of the "big five", for example the reserves in the north-west are famous for their leopard populations.

If you prefer to experience these majestic animals in the wild, withough the negative sides of tourist crowds, nothing is better than renting a motorhome of 4wd from Durban or Johannesburg and setting your own course through the many nature reserves.

The motorhome, also called a recreational vehicle (RV), is a vehicle that is equipped with a shower, toilet, and beds and can accommodate 2 - 7 people. Drivers only need...

These are the only motorhome vehicles allowed to travel off the beaten path along unpaved gravel or dirt roads and rough terrain. They can accommodate 2 - 5 people.

The truck camper has a single or double cab completely seperate from the living area behind it, allowing you to travel in peace. The living area is well equipped and comf...

The Profile motorhome is equipped with a shower and toilet, beds and offers all the necessary comforts for your journey.

Extraordinary country with many campsites and a developed road network.

Avoid driving at night and always spend the night in established campsites.

It is important to reserve your campsite in advance during peak seasons.

For 5 - 6 passengers we recommend booking long in advance.

For certain park and nature reserve roads (except Kruger) a 4x4 vehicle is recommended.

Driving and permits in South Africa

Travel tips from past travellers

Preparing for your trip

Have a question for us?
ZA